What's in a Game?

What's in a Game?


It helped a great deal that they dubbed what they were doing with the label "game". Men—and especially young, weak and sexually-inexperienced men—take very seriously women's opinion of them, and a few harsh rejections are all it takes to make them question their own masculinity and value, and swear off the possibility of a sexual dimension to their lives forever. So viewing the whole thing as a game—a role-playing game, ideally, with its focus on conscious acting of various roles being especially helpful here (Mystery and some of this friends were reportedly heavy into D&D)—helped them downplay the seriousness of the whole business and disengage, to a degree, their egos from their results. And this disengagement was essential, was paramount, because without it the prospective player would have no chance of overcoming his approach anxiety, which, while it persisted, would not even allow him to properly play the game. If, on the other hand, he somehow overcame it, success—or at least some measure of it—was inevitable, since as long as you are not clinically retarded or horribly disfigured or something, you are bound to hit on a girl that will be attracted to you sooner or later, if you hit on enough girls. "You don't even need game", wrote Roosh in one of his numerous inspirational blog posts (in the old days of his blog while he still was more inspirational than whiny) in an effort to convince his readers to never lay their arms down and keep approaching all night long like machines, if they wanted to have more successful nights out in their lives than failed ones. This was also the insight that would be later brilliantly expressed in GLL's "Nervous Guy Game", where the beginning player would approach girls, not trying to hide his nervousness, as all other PUAs were advocating, but embracing it, accepting it and harnessing it and flatly confessing it to the girl, and without any tricks and stratagems whatsoever revealing his interest in her and asking for her number. "I don't usually do this so I am feeling rather nervous, but I saw you and thought you looked cute and decided to come over and introduce myself and ask for your number", whereby all nervous behaviors and subcommunications on the part of the player went from being liabilities to truthful evidence that reinforced his approach. Ironically, in the demonstration video that GLL shot to showcase this type of approach, many girls weren't buying his story because he didn't seem at all nervous, but that's precisely the point at which the beginner would arrive if he practiced this type of approach long enough: he'd eventually get used to it and stop being nervous, at which point, like bicycle training wheels, he could shed it and move on to normal game, with the nervousness engendered by approach anxiety having been largely overcome.

What all these mindsets and experiments at length revealed to those, like GLL, who were paying attention, was that even the worst, stupidest game—which Nervous Guy Game was certainly close to being—could work if you tried them long enough, while conversely, the best game in the world would sometimes—and indeed most often—fail. Game, therefore, could not be the only factor that determined success and failure, and perhaps it wasn't even the most important one. Other factors had to play a part and influence the interactions and their results, but in order for the player to stay in the game long enough to discover them he had to grow a thick skin and learn how to deal with, and take in stride, rejection. It is roughly at that point that so-called "inner game" appeared on the scene, which, seen aright, was not so much concerned with how to achieve success, but more with how to manage failure. And, as aforesaid, the whole "it's only a game" angle which the PUAs' very terminology created and encouraged, helped tremendously in this respect, as did all related concepts such as success ratios, notches, flags and all types of stats. The hundred girls who rejected you last week were not real people, under this interpretation of what the nerds were doing, but mere data points in an ongoing experiment, and the entire activity wasn't real but merely a game, because if it were real it would be scary and the nerd would never have left his room to pursue it.

$25/month gives full access to all my sites. And yes, it’s not for the poors.

We have to keep trying, anything, and we'll learn eventually. 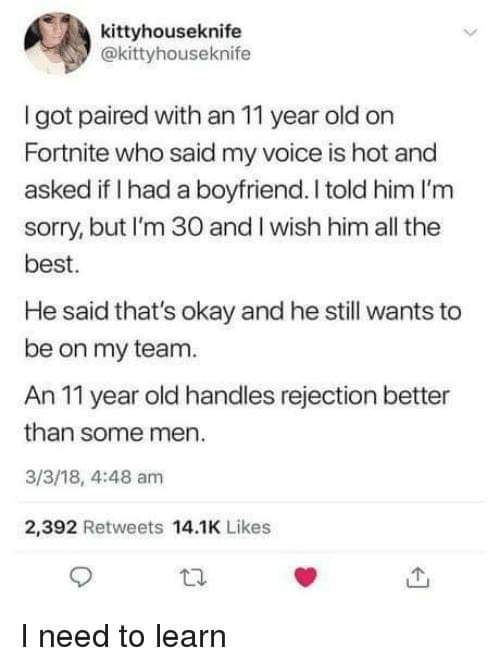 Return to “Endgame: The End of PUA Theory”

Users browsing this forum: No registered users and 2 guests