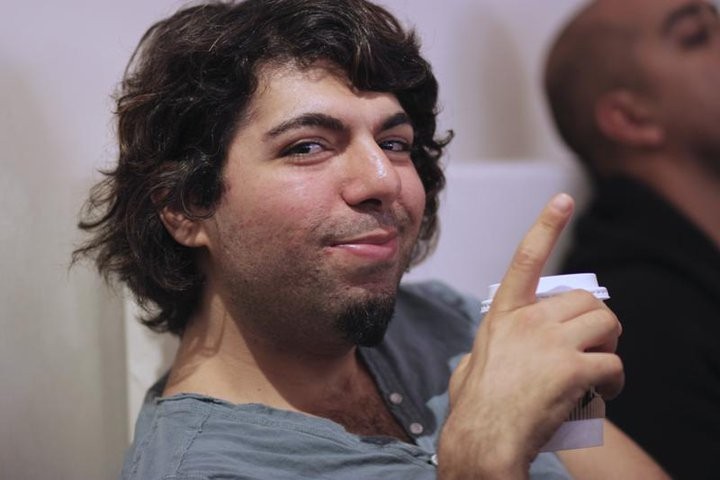 Yad is one of the grandads of daygame, maybe even the grandad. The classic daygame stop "Yad stop" is named after him, for christsake. For years he was daygame.com's most senior instructor, and when the place imploded he inherited the website and is currently managing it—quite badly, it must be said, but then Yad was never the blogging type, even in the site's heyday: he was the guy who was out in the streets opening sets all day, brimming with positivity and enthusiasm for daygame, and inspiring legions of newbies across the world with his relentless traveling and coaching.

Recently, however, his reputation has taken a bit of a nosedive. I am not going to bother digging up the quotes, but the gist of it is that Krauser and some of his mates allege that Yad's game is all smoke and mirrors and the only thing he's good at is chatting non-threateningly with mediocre chicks for hours, without ever actually getting laid. And, apparently, it took these geniuses a decade to figure this out, because for many years they held up Yad as a model daygamer, even after spending significant time traveling and gaming with him. Krauser even bought a full day's coaching from Yad circa 2010, to improve his "feeling of being entitled to hot chicks", as he put it. I am paraphrasing here, but that's the gist of it, as Krauser himself described the experience. It's all on his blog, and I am not gonna bother digging it up, as I said. If someone else finds the quotes, post them here for reference.

So back in 2010, Krauser had nothing but the best words to say about his, very expensive it must be said, session with Yad. He chose Yad because Yad is, not to mince words, ugly, so the reason for his success must be his game, which can therefore be taught to and learned by anyone, including, and especially, by other ugly guys like Krauser. Again, all these are Krauser's own sentiments, and I am paraphrasing here.

Now, I will grant you that Yad's approaches are not very sexually charged, maybe not at all even. But that's really besides the point. And that's where you can see how little Krauser truly understands about game and female behavior and psychology. Because, though it's true the "killer instinct" can be a powerful weapon in the hands of good gamer, it's not really needed to get laid. The vast majority of males getting laid every day on the planet have no killer instinct whatsoever, after all. What they have is frequent access to one or more girls in their daily lives—at least one if they have a girlfriend, and lots of them if they're naturals—and that's pretty much all they need to get laid. It is simply IMPOSSIBLE not to get laid if you are around women a lot, unless you're borderline retarded or horribly disfigured, or a genuine faggot or something—and Yad is clearly none of these things. So whatever the moronic Krauser may say, YAD IS GETTING LAID JUST FINE, thankyouverymuch. He may not be laying the top quality, and he may not be laying as much as more aggressive guys, but it is simply MATHEMATICALLY IMPOSSIBLE to be opening as much as Yad is opening, and having so many obviously pleasant interactions with so many chicks, without getting anything in the end. That Krauser thinks this is possible proves that he doesn't understand either game, or women. Moreover, I assert that Yad is ALSO GETTING TOP QUALITY, simply due to his sheer approaching. Again, if you are a truly experienced daygamer you will know this: even a 5 or a 6 can land a 9 or 10 once every few thousand approaches, simply by bumping into an extremely vulnerable pretty girl who's just been dumped, for example, or who is otherwise undergoing some painful, depressing shit in her life; even more so if you're doing your approaches in someplace like Eastern Europe where the girls date down massively as a matter of course, and to whom Yad with his British accent and open, easygoing air can seem like a rockstar. After all, that's why Krauser is going to Eastern Europe too. If they were good-looking they'd be going to Sweden.

In fact it is precisely because of his non-threatening approaches that Yad is the number 1 PUA to study for those who still suffer from approach anxiety. Because it is moronic to try to teach socially anxious people to have killer instinct from the first interaction. FIRST you kill approach anxiety, and THEN you try to turn on the "alpha" in your approaches—and the second step is not even necessary if you're content with inferior results. Not everyone gets into game to bang dozens of 10s every year, after all. Lots of people just want a 6 or 7 to share some affectionate moments with, and Yad's non-threatening style of approaching will do this fine for you, if you're prepared to put in a lot of approaches—as you should be. GLL is a good-looking six-foot-three bodybuilder who wrote the book on killer instinct, and ended up marrying a 6, after all. And if he's happy with that, as he clearly is, that's his prerogative. Same applies to Yad, and everyone else who wants to learn from him.

So my advice, especially to newbies, is to track down and watch EVERY SINGLE VIDEO YAD EVER RELEASED. Do not waste time watching anything else until you've watched all of these. The Yad Show is the place to start, and I've got all the links here for you:

Episode 1 - From London With Love
https://www.youtube.com/watch?v=9QsjIIDsJUU

After watching these you should agree with me that there has never been a more natural approacher than Yad. Every other PUA looks like a creep compared to him, and all their interactions come off as awkward and socially uncalibrated: Krauser with his stupid furry animal jokes and disgusting accent, Todd with his unseemly boyish expressions and too-perky attitude for a grown man his age, Tusk with his stupid tattoos and lame-textbook conversation; their videos have nothing to teach you beyond forced, unnatural daygame. The only man on YouTube from whom you can learn to become as smooth and natural as possible—truly next-level shit—is Yad. He is the only one who truly looks "outcome independent". You can tell he is genuinely enjoying the conversation, and that's why the girls enjoy them too, and then we can enjoy them by watching them on YouTube; while every other PUA's videos we only watch for the techniques, since the conversations are terrible. But can terrible conversations ever contain good techniques? Think about that next time you're watching your favorite PUA churning out boring infields. The only PUA I've ever watched for the pure fun of it is Yad, and that says something.

Now, the naysayers like that fuckwit Krauser will say that Yad is so outcome independent because "he's gay" or some shit, but it's just their envy and bad game talking. And what's so bad about acting gay, after all? Gays are around tons of girls all the time! In fact I suspect a very valid game strategy would be pretending you're gay, getting loads of hot female friends, and then banging them on drunken nights out when they get horny and lonely. It would be a lot of work, but I am sure it would pay off like gangbusters if you truly invested in it. Hell, maybe I'll give it a try sometime and report back.

At any rate, I believe that one of your ideals in pick-up should be to become as relaxed and natural when talking to girls as Yad. Search for more of his videos, and keep rewatching them between approach sessions, and try to copy as many tactics and mannerisms as you can, and above all this vibe that emanates constantly from him that chatting up girls in the street is the most natural thing in the world and that there's nothing scary or weird or lame about it. He BELIEVES THIS WITH UTTER CONVICTION, and because he believes it, the girls believe it too, because that is the nature of weaklings: to copy the attitude of the strong—or at least of those who SEEM strong to them. So be strong like Yad, or at least get good at pretending that you are—which is something that can be learned, since Yad himself, as he relates to us, was originally a socially anxious nerd—and an ugly one at that—who was terrified of pretty girls, and yet he managed to overcome all of it, without even a teacher. And since you now have a teacher, you have no excuse for failing to replicate his success, except laziness. And laziness is not an excuse: for a man, it's a disgrace.

His videos and website are down, but I found this: http://daygameblueprint.com/. Maybe he's moved his business there.

AFCs are shitting on Yad again on Krauser's blog, but among the rubbish there's one guy who has a real testimonial that's worth preserving for great justice: https://krauserpua.com/2020/05/20/pick- ... ent-144958


daysofgame.com wrote:I spotted YAD out on the street one day in California. I booked him for 3 hours for later that week.

He was a great coach. I learned several specific things that afternoon. He has the best radar for spotting girls I’ve ever seen (he could see them out of the back of his head).

And just generally, he has an incredible vibe. He was very comfortable in his own skin. He felt real, and he felt “at ease” with himself.

I watched all his infields in that product that was filmed in Toronto… When I first saw them, I was excited to learn. I look back on them now, and they are pretty terrible. Completely (competent, but) “average.” Not impressive.

As for “fit birds,” if Yad ever got laid from cold approach (which I believe he did) it was an improvement over the alternative. And THAT (improving over our other options) (rather than “hot birds”) is the promise game has for all of us.

Yad is one of the best resources for game ever. Don’t listen to the haters, they have no clue what they are talking about. I explain everything in the linked review.