This guy is one of the best PUA bloggers/daygamers ever, yet hardly anyone knows about him. He is leagues above many well-known gamers, extremely thoughtful and positive and well-meaning. You will find none of Roosh's pessimism and whining or Krauser's bullshit or WIA's pretentiousness here. And, if all that was not enough, he's a far better writer than all of them. 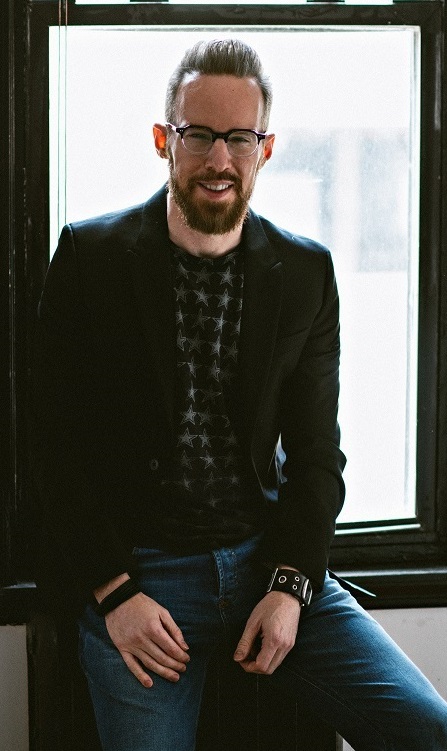 Yeah, he looks like a weirdo, but so do all of them, so get used to it.

The meat of his work is in his blog (which, frustratingly, is not directly linked off the current version of his frontpage; individual posts are, but not the blog page itself): http://approachanxiety.com/blog/

I recommend everyone who is into daygaming, and gaming in general, read every single blog post there. Right now the blog is kinda dead, maybe receiving only a couple posts a year, but back in 2013-2014 when I was facing AA, it was my favorite read in-between pick-up sessions. Too many cool posts to mention all of them, but here are some recent ones to whet your appetite for more:

This is Not for Normal Guys
http://approachanxiety.com/this-is-not-for-normal-guys/

The All-or-Nothing Mentality Kills Your Chances with Women
http://approachanxiety.com/73845-2/

His understanding of female psychology is way above Roosh's and Krauser's, I would say on a level with Mystery and GLL, so on top of being able to explain things that no one else can explain, he can also explain more common stuff better than other people. For example:

Why It's Hard to Meet Quality Women Online
http://approachanxiety.com/why-its-hard ... en-online/

Maybe some day I'll go through his whole archive and pick out more standout articles, but for the time being these should get you going.

The only product he has released is an AA course sold on Amazon for dirt cheap: https://www.amazon.com/dp/B00WKT32P4

I haven't tried it because by the time I became aware of him I had almost beat AA on my own, and today I have completely beaten it so I am not in the market for this sort of product, but my understanding is that it works by exposure desensitization therapy like GLL's (free) course on his site. Either way, I have complete confidence in the guy, so if you are struggling with AA I am sure you'll get a lot of value out of his product. Hell, I should buy it for myself too anyway just as a way to give back something for all the cool articles he's given me for free.

He also offers coaching in NY or over Skype/phone, and again I have high confidence you'll get your money's worth out of it: http://approachanxiety.com/cc/

Very recently he started a forum too, but there's not much action there yet. Still, it might be a good way to get in touch with him and ask him questions: http://approachanxiety.com/forums/

Bottom line is that his material is maybe top ten material in the world right now, maybe top five, especially in the category of "inner game", and he's one of the first resources I point newbies towards. Don't miss this guy.